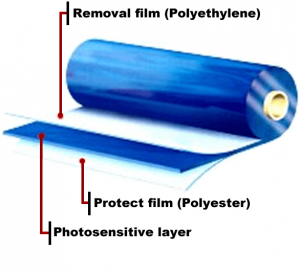 • ADV-**6 series have various resist thickness (1.0mil-2.5mil), show super high sensitivity and can use at i-line (355nm) and h-line (405nm) exposure.
• ADV-506 and 626 has been used for Copper/Tin electroplating processes for North American customers.

Development of Asahi Kasei’s Sunfort™ Dry Film Photoresist began in 1977 and the the product line was officially launched for sale in 1981. In 1986 Asahi Kasei founded the Resist Technology lab.

Between 1987 and 1997 the Fuji Coating Line doubled its production capacity. Between 1997 and 1999 Asahi Kasei continued growth by establishing its slitting plants in Taiwan.

In 2003, Asahi Kasei opened the Suzhou Coating plant, the largest dry film coating facility in the world. This was followed by the opening of the Changshu coating plant in 2013.